It has been a month since I have been able to write.  We have restarted our classes in the schools.  We have hit a record number of volunteer instructors with 16 this year, which gets us closer to our goal of 20 to be able to reach out to Gordon, Catoosa and Walker Counties. I thought it might be helpful to give an explanation of why we are working so hard in the schools and what kind of progress we have made. 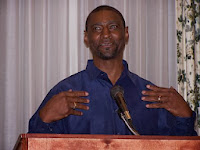 When we started the marriage movement in Dalton we thought we were going the right direction when we just started couples out right with premarital education.  That was way back in 2004 (yes, we have almost made 10 year s at this quest!!) After 3 years we realized that we really needed to do a whole lot more and go back just a bit in helping people learn how to choose a partner and how to be a good partner before you start looking.  But we also realized for our community to truly THRIVE we needed to continue the premarital and help those that were already married stay together.  If we didn’t what we did in the schools would fall apart because the lack of example in how to have a strong healthy marriage.  So early on in our development we realized we needed to work in all three and possibly four areas of relationships.

Well, we next needed to figure out WHAT we needed to measure to see if our prevention was doing any good.  With the help of all the research that has been done in the past ten years plus the guidance of Georgia Family Council and First Things First we came up with the areas to measure.

1) The number of marriages.  Were we encouraging strong healthy marriage over cohabitation?

So we started keeping track of how many marriages, but not only that, but were clergy marrying them or the the judges in the magistrate and probate courts.  At first we found that it was close to 50/50 and realized that this is a problem that we needed to work on.  We got the Courts to start referring their couples getting married to our organization for premarital education so they could receive a discount on their marriage license.  Well, we have seen anywhere from 459 in 2001to 864 in 2003 and 537 in 2012.   Well have we made a difference.  There are several ways to look at this, hopefully there are less getting married because there are more couples choosing to break up or not married, rather than get married and get divorced.  But are there more couples just living together.  Well, we know this is the trend throughout the nation, so this is difficult to determine.  We could get discouraged with these numbers or get busy and get some more work done.  I see it as we have more work to do.  We are fighting a culture that says marriage is bad, you need to live together so you won’t get divorced. We need to get out there and let this generation know that living together is not as healthy as marriage. I won’t get into all the reasons for that now, but just that we have some more work. 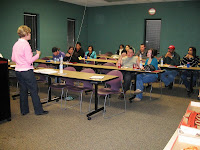 2) The number of divorces.   This should be obvious.  We want to decrease the divorce rate and
we have.  Maybe not enough and the numbers had a great dip for a couple of years but now it’s trending back up again.  In 2001 there were 593 final decrees (actually went through not just filed) and in 2012 506.  So we have seen a decrease. But we would like to see a 30% decrease in this area and this is only a 14% decrease.  So we still have a ways to go.  But we are at least going the right way in both areas. 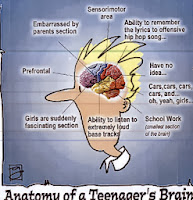 are from teens that do not have their two biological parents in the home. This has been a huge problem in our area for many, many years.  We actually started our work with teens in 2007.  If you look at the statistics for teen births in 2007 for Whitfield County you see 292 teen births and in 2011 there were 177.  Here we see a 39% decrease in the number of births.  That’s extraordinary.  What’s happening that there is such a GREAT difference there?  Well, you will see a downward trend throughout Georgia from 2007 which is FANTASTIC!! But if you look at the counties around us, there is not as grand a decrease, i.e. Gordon County had had 148 teen births in 2007 and decreased to 113 but it was only 23%.  So there is a significant difference in the drop in the counties that we have been working with the teens.  Could there be some other reasons?  Sure, but our work is the biggest difference.

What this tells me is we have to keep going with the Teen Classes in the school, but now we need  to beef up our work with the married crowd.  So for this next year we hope to work on our Date Night portion as well as some other possibilities.  Stay tuned!! This is 10 years and we are not finished yet, we just began!!