Chemically Bonding – Can you Bond Your Family This Way?

The Bonding or Cuddle Hormone

In the past few years I have become very interested in the neuropsychology of bonding in the brain.  I first started with the Lymbic system and the hypothalamus.  Sounds interesting I know. 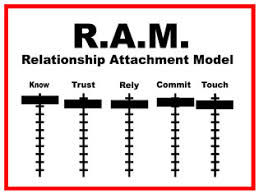 you become physically attached to them.

Actually in studying the chemical bonding it is very similar.  There is an important hormone that fascinates me, called Oxytocin.  To think that God placed this hormone in the brain just to help us to attach to another person/s.  There are many ways in which this hormone is stimulated to be released from the hypothalamus.  The interesting part is that it is released in various ways that you might follow the Attachment Model.

First of all when you get to know someone.  There is evidence that when men look at a woman their oxytocin is released.  Women on the other hand have oxytocin that is released when they look into someone’s eyes.  Other mammals have shown this to be true too.  Men and women release with different stimulants. (at least that’s the way I understand it).  You also have release of oxytocin when having a pleasant conversation.  There was not evidence that you have an increase when you smile, but there was an increase when you look at someone smiling.

As you get to know them more you trust them.  There is evidence that when

oxytocin was artificially given intranasally a woman would show an increase in trust.  When you get to know someone you trust them more.  Could this be due to the oxytocin that is being shared.

Giving money away can increase your oxytocin

such as give them some money your oxytocin levels go up.  You start trusting them more?  Could this be showing that you rely on them enough that you give them something?  Each step produces more oxytocin which increases trust.

As you have more oxytocin released you trust more and you attach or bond to someone even more and more evidence to commit to them.  Which ways would you commit?  Well, the highest levels  of oxytocin are released in a mother during the birthing process.  Could that be due to the need for the mother and baby to be

committed to each other.  There are also evidence that there is a very high level in women for the first three months of breastfeeding.  It takes about that long for a mother to commit to the breastfeeding then after that it’s a learned behavior.  Another interesting fact is when the mother comes home with the baby the Father’s testosterone decreases for the first three months.  I wonder if his oxytocin increases?  I believe there is a strong bonding going on between the family at this time to become committed to that baby for life!

Can you see the evidence of bonding of the family?  Will get into this more with my next post.

Oxytocin Hormone Benefits and Side Effects