Before I get into this topic, let me clarify that all these pictures are of people that to the best of my knowledge are still committed to each other.  But I have been surprised before.  But none of these couples have shown to me that they were anything but committed!!  I also am not trying to point fingers at anyone, we all have choices and With That…..

Commitment, commitment, commitment!!!   After twenty-three years of trying to figure out what went wrong in my first marriage, the only thing I could think of was a lack of commitment. Is there anything I could have done to prevent this?  No, not after I was married.  I am being very candid when I share that I knew that my marriage would fall apart even before it started.  But I was more scared to admit I had made a mistake in the choice of who I married.  I have studied and read and researched how one can prevent your spouse from having an affair and leaving you and there is not really anything YOU can do.  You BOTH have to be committed to the marriage. 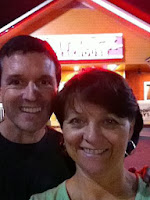 The funny thing is, I remember talking to a friend and telling her I knew I would be one of those statistics.  Maybe I was pronouncing my own defeat, I’m not sure.  But six years after I said that I was one of those statistics.  Do I regret marrying him.  I would have be lying if I told you that I don’t have some regrets.  But, I look at my two beautiful children and the only regret I have is that they had to go through the rejection that they did not deserve.  I was given the opportunity to grow in a way that I would never have grown if I had not gone through this experience.  It was VERY difficult and there are still some tough times,  but I am still growing. 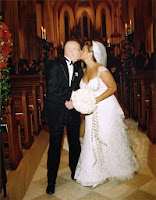 Approximately nine years ago I met a gentleman, Dr. John Van Epp, that wrote the book, How to Avoid Marrying a Jerk.  He has done a lot of study in the RAM (Relationship Attachment Model) and applying it to finding a life partner.  After I read and studied his book, I realized I ignored the warning signs.  I ignored that he was not as committed to me as I was to him.  Have you heard of the movie I think it’s called “He’s just not into you”.  Well, I should have known that was where we were.  But there were other things that were looming that when we are young we try to ignore, such as parents trying to warn us that this is not a good match.  I realize now, since I’ve become a parent, that we can see things that might not work in a match.  After all we should understand our children pretty good after we have passed on our values and watched them grow.  But so many times, we have those rose colored glasses that cover things up and when we are “IN LOVE” we close our eyes to the problems that could occur.  We as women think we can change them. But I  now realize how foolish I was.
breaking
I wish I could give you a magical formula that would prevent your marriages from breaking up, but I can’t.  All I can say, after studying this topic for twenty-three years, you have to be committed yourself and choose wisely before you’re married.  It’s not a good idea to marry someone that has had multiple affairs with another marriage partner.  They may be a wonderful person, but they have a lack of commitment.  You might want to take a second look if you are dating someone that cannot stay committed to a job,  if they cannot be committed in one area will they be able to commit in other areas?

You might want to be hesitant if you find someone that wants to live with you, but does not want to commit to you for life.  That is usually a huge red flag.  Scott Stanley has studied this and found that this phenomenon is very common, and calls this sliding vs. deciding.  When a couple just kind of falls into living together, there is less likely that the relationship will last because there is lack of commitment.  My heart breaks every day when I see mommy’s come in with their newborn babies and they are not in a married relationship.  I don’t understand what it is that a piece of paper can make that much difference, but it does.  When two people sign the paper together by their own choice their is a much greater chance a baby will have both his parents in the home.  When they come in with this situation, I can pretty much tell them, he will be gone in three months.   But who wants to hear that at this point in their life? 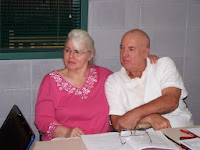 You might want to be hesitant if you see in their background a family with a pattern of lack of commitment.  Are their parents committed?  Were their grandparents committed?  What is the pattern?  We don’t think that two generations makes a difference, but somehow it does.  We know that when parents are divorced there is greater chance that the children will not be committed in their relationships, because that is the pattern that they have seen.

Yes, it takes two and we could go into all kinds of reasons a person might have an affair.  I could go on and on and try to tell you things that you could do to keep your spouse from leaving you.  But the only thing I see that might prevent is to be wise and take a serious wide open eyed look at the person before you commit and determine if  they are as committed to me as I am to them?