My Daddy was the BEST!!!

This past Sunday was Father’s Day and if I’d had my act together I would have written this blog earlier, but instead, I was participating in another triathlon and working at our local Church Event Messiah’s Mansion.  So here goes.  I wanted to share some stories about my daddy.  My daddy was my hero.  I’m so proud of who he was and all that he accomplished.  To me he was an amazing man and if you knew his background that he overcame you would be blown away. 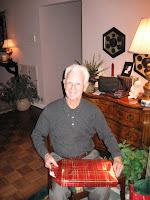 My dad grew up in Atlanta, well sort of.  He started off in Alabama.  His dad died either before he was born or soon after.  His mom struggled with this loss I’m sure and remarried several times.  My dad did not like his stepdads and had told me on a couple of occasions that he was treated very mean by them.  He ran away at a very young age to his aunt’s house.  She kept taking him back but he would persist in coming back to her home.  She finally kept him and raised him as her own.  He didn’t have his own bedroom, but slept on the couch.  He failed school because he changed schools so many times before the eighth grade.  When he was old enough his aunt sent him to a Christian Boarding School in North Carolina.  He talked many times about the Howards who befriended him and loved him as a son.  I remember visiting them many times as a child.  My dad had great respect for Pastor Howard.  He actually did very well at the school.  Worked very hard for his room and board and his senior year he became the class president.  Everyone liked him, and wanted him to be around.  My dad had a great sense of humor and was always laughing and smiling.  Apparently he did not make a really good choice his senior year by hanging around a boy that influenced him to join him on an evening escapade.  It was totally innocent, but he got caught and his privilege of speaking at graduation was taken from him.  He had a lot of regret over that situation. 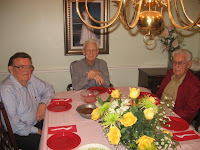 After graduation he joined the army to do his part in WWII.  I used to love to hear his stories about his army experience.  His faith played a huge part in his life while serving his country.  Those stories influenced me in many ways, I believe my faith is stronger from his stories.  He had some challenges while in the army, but with his great personality, intelligence and skills he survived very well.  He actually had a part that he played in D-day.  I remember going to visit England and I wanted to see the town that he was stationed at.  I remember him saying he would be eating supper outside and a german bomber would come through and he could actually see the eyes of the pilot.

After surviving that experience he got out of the army and decided to use his GI bill to pay for his college.  He went to a Christian College and got a business degree.   But little did he know that was not where he would stop.  His friend Pastor Howard knew him well and knew he had potential and encouraged him to go to medical school.  He finished all the prerequisites then applied to Loma Linda University in California.  When he applied, the challenges that he had going through the boarding school came back to haunt him.  He almost didn’t get into medical school but his friend, Pastor Howard, went to bat for him and he was accepted in the class of 52 I believe.  He graduated in the top 1/3 of his class and I want to say that he was 3rd.  Pretty good for a kid that failed out of grade school.

He met my mom and they married after just 3 months of dating.  Oh the funny stories they share about how they got together and spending their honeymoon camping with some friends.  The odds should have been against them for making it in their marriage, but they were married for 64 years before he passed away.  They had a great marriage.  They lost their first child, which was devastating but brought them closer together as a couple.  He became one of the Mighty Six first doctors that started the new hospital here in Dalton.  People to this day come up to me and say that he either delivered him or was their mom’s doctor or something.  He was one of the great doctors in the golden age of medicine.  He used to take me on house calls with him.  I remember being dressed in my nightgown ready to go to bed and he would bring us with him to see a patient.  I remember being six years old, way too young to be up on the floor to do rounds with him and he would let me ride in the elevator until he was finished. I loved to hang out at the hospital with him.  I had a little nurse outfit with a cape and cap and I would wear that to his office to help put patients in the rooms.  I loved it when he would ring the bell and say “2cc’s of penicillin” I wanted to badly to learn how to give shots.

He later built nursing homes for so many of his patients.  They were nice, but I knew I did not want my parents to be there. I went to work in those nursing homes at the age of 14 and have been nursing ever since.  I loved watching my dad care for his patients.  He knew just how to make them feel heard and loved but be very efficient.  He told me that he saw over 100 patients one day when there was a flu 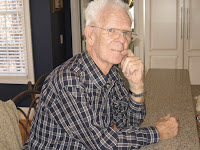 epidemic.  I knew that my dad would answer my call whenever I would call his office.  That was one of the greatest comforts to me, to know that he was always there for me.  Through the years I listened and learned so much from my dad.  One of my favorite memories is when he was in the hospital to have his rotator cuff repaired (an avid golfer) and he told his orthopedic surgeon, this is my daughter the nurse practitioner, I felt like he was so very proud of me, as I was of him.  There are so many ways that he influenced me and I am so very grateful that I had him as my father. He gave me strong values, and helped me learn how to make decisions.  I knew right from wrong not just from his corrections but from his examples.  He is still my hero and think about him every day.  I am so thankful that in his last years my husband got to know and appreciate him even more.  During the last five years or so we took on our boat traveling the great circle route with us which he absolutely loved.   He also gave me the love of travel and history.  Boy I’m blessed!!!  Those were precious times.  Cherish your daddy, he’s important.  Be the best Daddy you can be.  I’m proud that mine was and he really didn’t have a good example, but he came through!!.