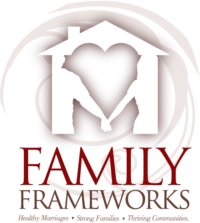 Last week I started a blog on the top five reasons marriages don’t last.  I was very candid how I maybe had chosen an uncommitted person and that let to the demise of my marriage.  But marriages can fall apart if there is one person that is not committed and you might not even realize they are not committed.   Scott Stanley found in his research about Sliding vs. Deciding that when there is that commitment from both partners, enough to get a marriage license there is a much higher chance that the marriage will make it till Death Do us Part rather than When We Don’t Love Each Other Any More.  Lack of commitment is the top reason marriages fall apart, but I want to say that it is the main reason any marriage would fall apart.

I was reading a blog by Michelle Weiner Davis and how she says if you want to get a divorce just
admit it rather than trying to say that it would be better for everyone if we got divorced.  Don’t sugar coat or make excuses for making moral choice.  Boy, that’s the truth.  As I was listening to a podcast by Randy Roberts from Loma Linda University Church I heard him say something quite profound, “People of Character Can choose duty over feelings”.  I might get in trouble for this but I will say it any way.  Even when you are being emotionally abused and feeling so down and hopeless you can choose to stay committed to your marriage.  Wow that’s harsh.  What I mean by that, if there is emotional or physical abuse you stay committed to the marriage but don’t keep putting yourself in the place of the victim.  Maybe you need to separate for a while or choose to distance yourself from the person and see what you can do differently to change your negative behaviors.  Too many times we rush into divorce before we even try to work the relationship out.  My caution is wait…. take your time till you know you have done everything you can, then take the step.

So many times it seems to be easier just to divorce than to work on the relationship, especially when there is adultery or emotional or physical abuse involved.  In our society today, we seem to think that divorce cures these particular problems, but unfortunately, it doesn’t.  Unless someone does some deep work on themselves (and I mean both partners) then they will repeat the problem, even adultery in the same or a different relationship.  It is a well know fact, it takes people being physically abused a minimum of seven times before they are actually ready to leave the abuser, but then how many times when they do leave do they get in a situation that is very similar.  Wouldn’t it be better to learn what to do rather than jumping from one relationship to another?

In adultery there are all kinds of excuses for committing adultery, but the person of character will choose duty over feelings and make their relationship work.  I hear the silliest reasons for why a person might leave their husband or wife for another partner such as she just didn’t know how to clean house or do the laundry.  He could not give me the attention I needed.  Once you have said “I do” you mean it.  I know of a gentleman that could not live with his wife, so they separated.  He has never divorced her but has continued to live separately for over 25 years.  Don’t know if that is really a marriage, but at least neither of them jumped into another relationship and they stay committed to the marriage.

Marriage is hard sometimes, and you have to have the character to stay with it when it gets tough.  We know that couples that stayed married when they felt like getting divorced, were happier than those that chose to divorce.  That goes back to the old saying, “Love is a Choice”.  It really is as simple as that.