Many times I will talk with couples that are in the process of getting their marriage license.  There is a $35 discount here in the state of Georgia so many will call our office inquiring about how to get the discount.  It’s interesting how many will say “Well, I’ve been married before so I know how to do this, we don’t need counseling”.   Well, we definitely know that 60% of 2nd marriages end in divorce and the divorce chance increase with each marriage.

I don’t know about you, but I would like to increase my odds to make the marriage last.   But many are blinded to the changes they need to make.  I had an experience this past week with a girl that told me she had been married for four years.  They had been having trouble for quite some time now and she was doing everything she could to make the marriage work.  When her daughter asked her to tell her step dad not to talk negatively about her biological dad he went ballistic.  And physical abuse was strong. 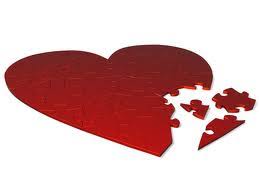 Not too long before that she had told me that she had come from a previous relationship that was physically abusive.  More times than not we tend to be attracted to the same problems unless we have identified why we are choosing to do the same actions.

How do you change this? I believe that we need to slow the relationships down.   Especially when there has been a previous divorce.  When a person has come from an abusive relationship they need time to evaluate and change themselves so that the enabling of the abuse does not continue.  They do NOT always have to remain a victim.  We can slow this down by changing our divorce laws by requiring at least a year to finalize the divorce.  This does not mean that the person should not go without support.  There are things that can be done.

We have to understand why we fail at marriage before we can be successful.  It is not always someone else’s fault.

When remarriage is in the mix, there is past baggage as well as other issues when there is a fresh marriage without children or agreements from another marriage.  There are issues that must be talked about such as what does the divorce agreement say?  How are we going to discipline the children? How are we going to use the child support?  If it’s not talked through before there will be misunderstandings that are very difficult to work through.

Many times the children have suffered and to add a person they don’t know and they have not fallen in love with to the household adds more anger and resentment.  The biological parent is has a tendency to take sides, or put the child in the middle.  When the children have issues they tend to act out,  these issues escalate and resentments build.

Once a person has gone through a divorce, especially women, they tend to have the emotional independence that allows them to leave a marriage more easily the second time.   The commitment issues might be a real problem.

In other words , remarriage is HARD!! Especially when children are involved.  I try to caution couples to take their time, don’t rush.  Why go through the heartache again.

Ok Remarried friend, can you weigh in on the?