Ok, no,  this is not a James Bond post, but it is!  When I think of James Bond I think of the handsome 007 guy that gets the gorgeous girl and kills the bad guys.  Well,  then I thought of how that’s what we dream of being.  In our culture, and maybe others, that is the fantasy we would love to have played out in our dreams.

But when you think about it, there is some “BONDING” there.  It makes it seem like no big deal he’s going on to the next girl enjoying beautiful sex, not intimacy with her, then all is happy and he goes on to the next beautiful girl.  He doesn’t really develop a deep relationships.  It’s you’re beautiful let me get what I want out of you then move on!!  It sounds romantic doesn’t it? But in real life that just doesn’t work.

We were made for relationships.  Deep relationships! That wonderful hormone called oxytocin is wonderful for the bonding of two people.  It brings us much happiness.  But there is a dark side to it too.  If it is misused, such as the case with James Bond, there are some long-term consequenc es.  We were just not wired that way!  Unfortunately the girl loses and guys, lose differently than we think!  Oxytocin, I believe feeds on estrogen which is feeding the frontal lobe.  The frontal lobe is about relationships and reasoning skills.  Oxytocin is about trust and empathy.  Goes really well together, right? Only when it’s used in the way God intended it to be used.

For example, when James Bond has sex with one of his women, her oxytocin goes up.  She starts trusting him and believing everything he says.  Sounds good, but she doesn’t really know him does she?  Does she know he’s going to leave her for another pretty quick? But she goes ahead and says what a great guy he is, and then the heart ache comes.  He moves on to the next girl and gets sexually involved with her.  She is not thrilled, well she actually has a chemical deficiency of her oxytocin now.  Her other chemicals in the brain are out of balance too.  Her body had been used to the increased doses of Oxytocin which make her feel warm and fuzzy and loved.  Now they are gone and she is out of control.

I believe this is what happens when there is an affair or multiple partners.  God has made us for monogamous relationships.  Our body does not tolerate the changes in partners.  You can see men can handle it much better than women.  Because they do not have quite as much estrogen to feed the frontal lobe. 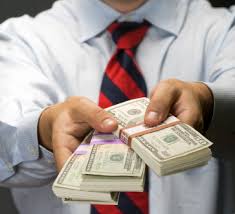 Interesting stuff this Oxytocin?  How do you explain the tendency for men to have more sexual partners than women have?